Here are the ruins of Monte Cassino, famous italian abbey.
it is a model i bought 3 years ago from Magister Militum miniatures. 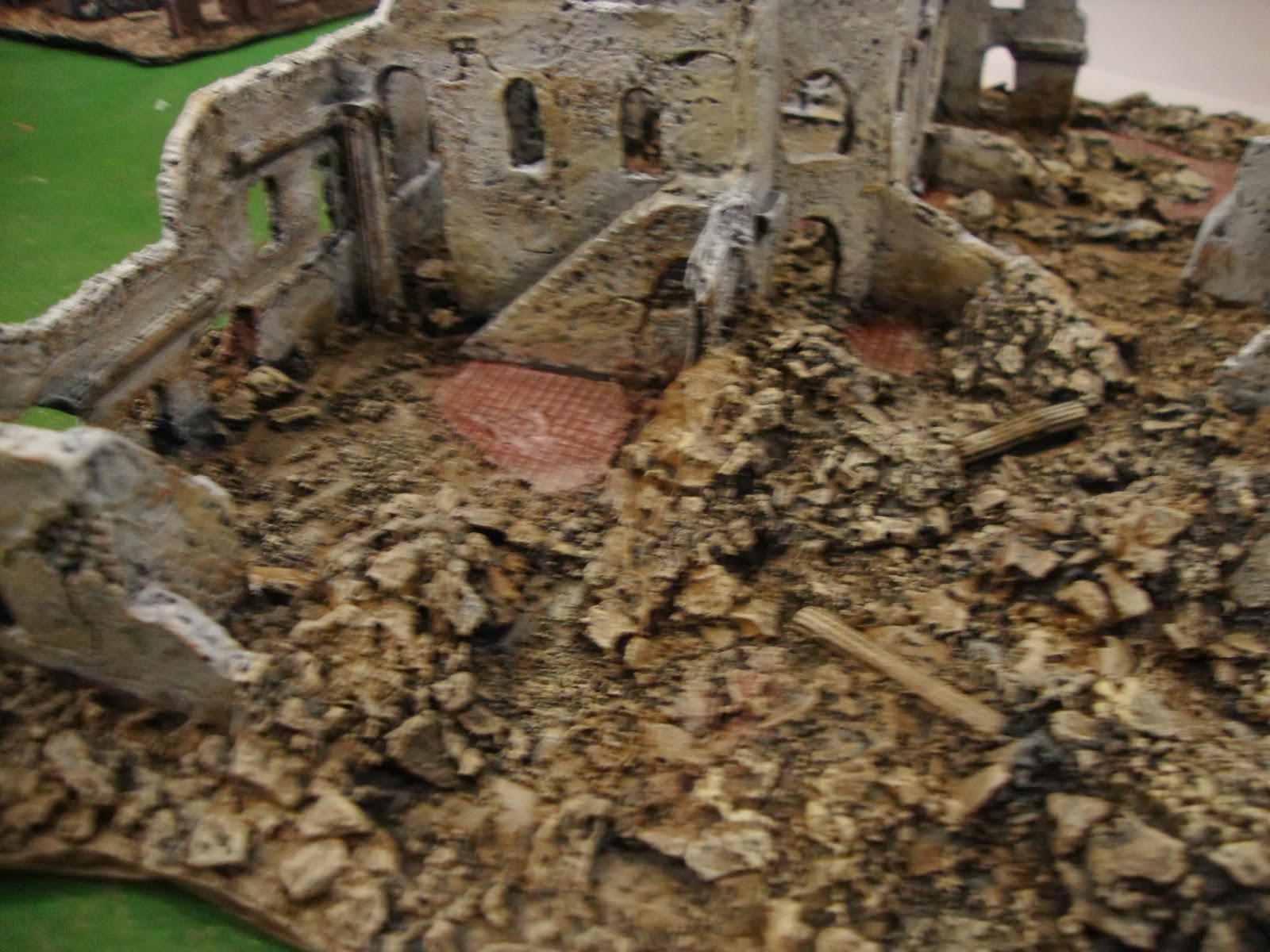 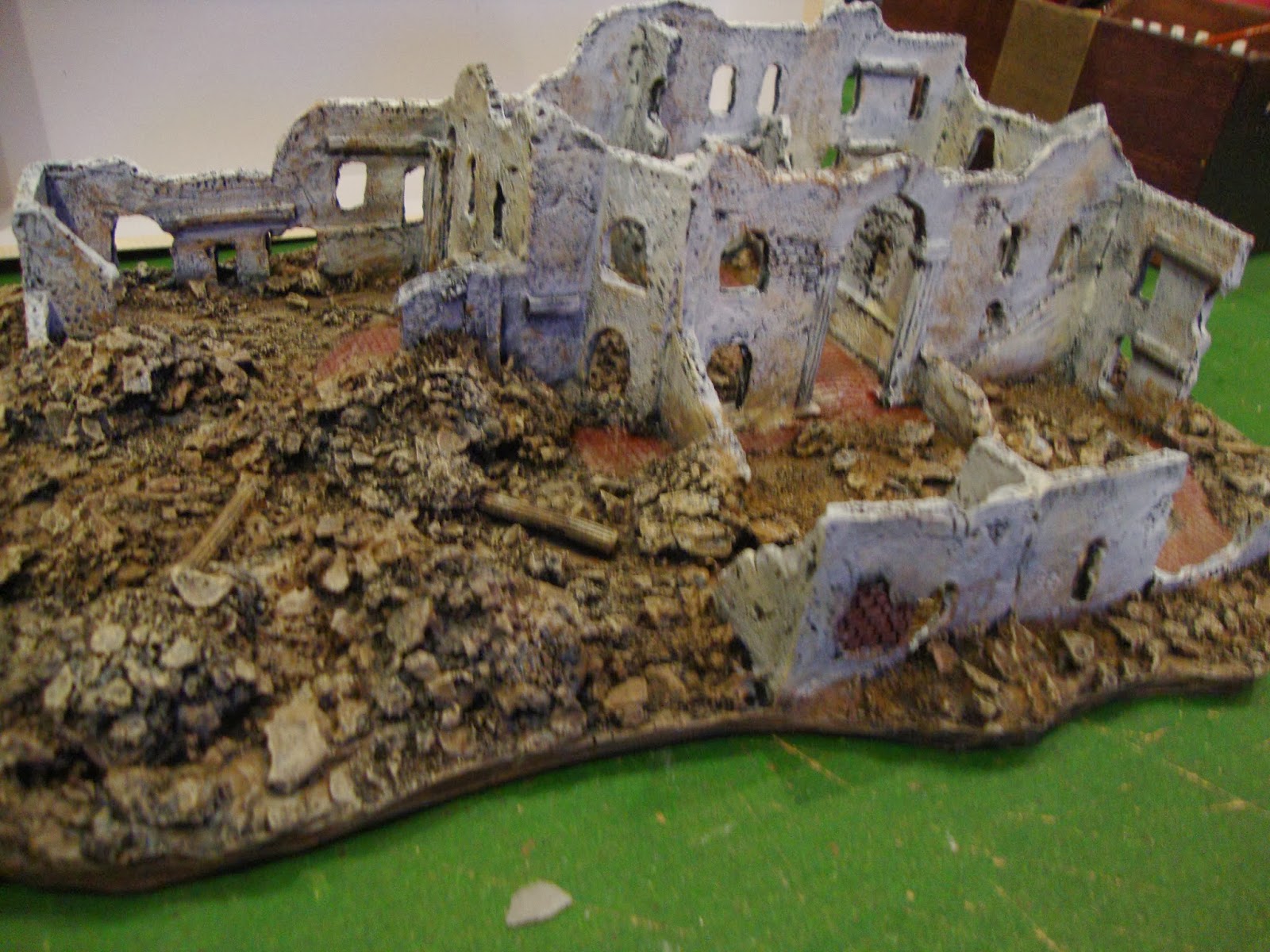 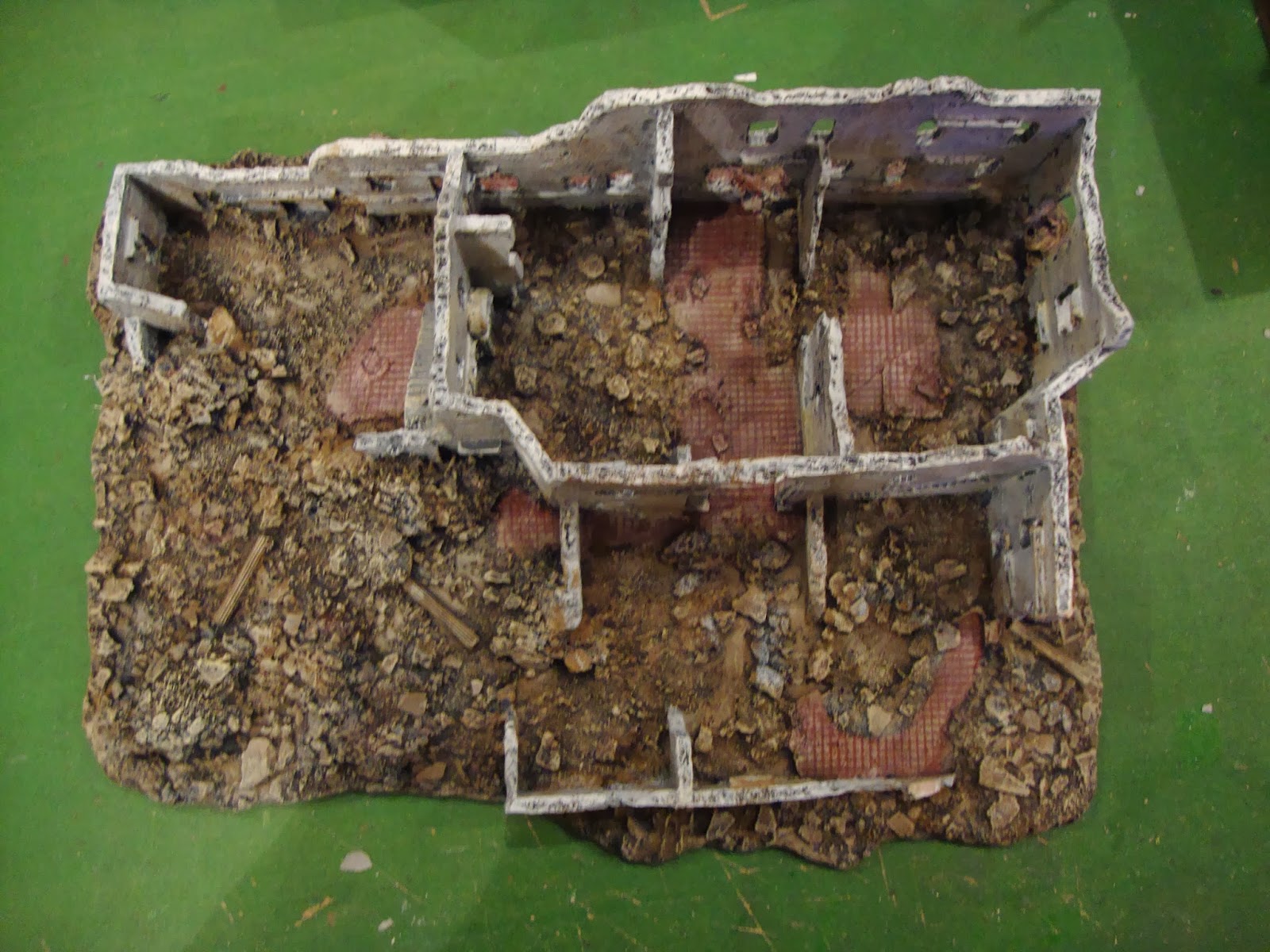 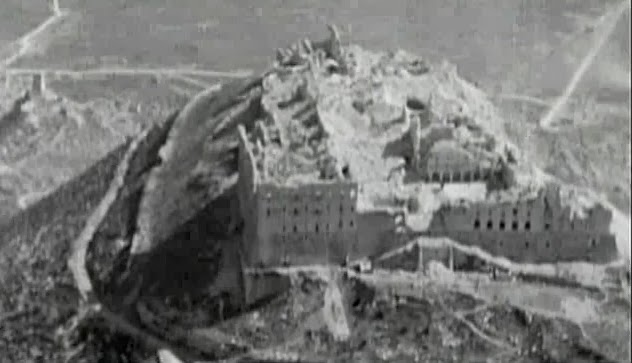 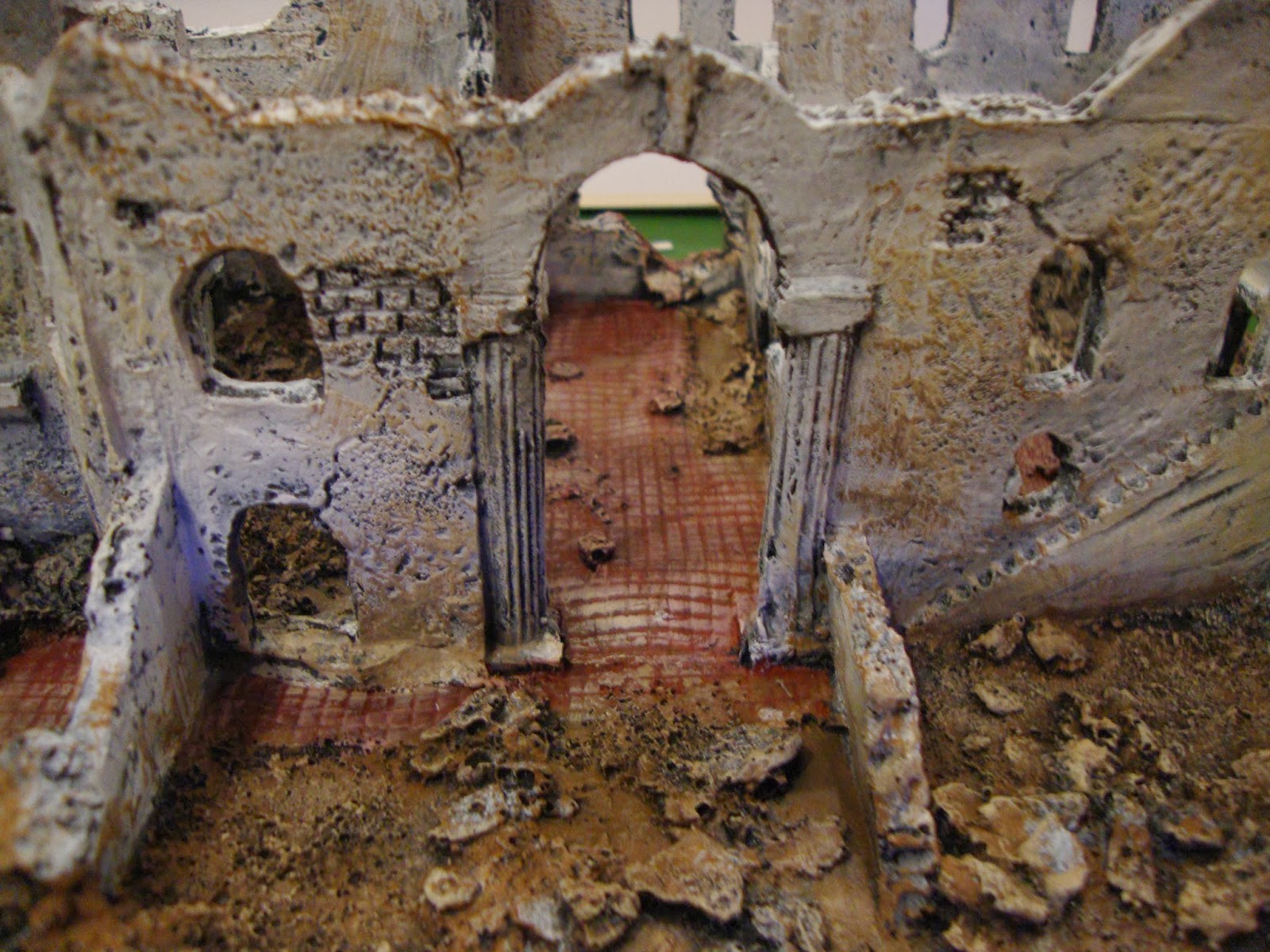 The Battle of Monte Cassino (also known as the Battle for Rome and the Battle for Cassino) was a costly series of four assaults by the Allies against the Winter Line in Italy held by the Germans and Italians during the Italian Campaign of World War II. The intention was a breakthrough to Rome.
At the beginning of 1944, the western half of the Winter Line was being anchored by Germans holding the Rapido, Liri, and Garigliano valleys and some of the surrounding peaks and ridges. Together, these features formed the Gustav Line. Monte Cassino, a historic hilltop abbey founded in AD 529 by Benedict of Nursia, dominated the nearby town of Cassino and the entrances to the Liri and Rapido valleys, but had been left unoccupied by the German defenders. The Germans had, however, manned some positions set into the steep slopes below the abbey's walls.
Fearing that the abbey did form part of the Germans' defensive line, primarily as a lookout post, the Allies sanctioned its bombing on 15 February and American bombers proceeded to drop 1,400 tons of bombs onto it.[6] The destruction and rubble left by the bombing raid now provided better protection from aerial and artillery attacks, so, two days later, German paratroopers took up positions in the abbey's ruins. Between 17 January and 18 May, Monte Cassino and the Gustav defences were assaulted four times by Allied troops, the last involving twenty divisions attacking along a twenty-mile front. The German defenders were finally driven from their positions, but at a high cost.[